There’s lots going on in Vancouver’s public realm! Since 2006, the Vancouver Public Space Network has been undertaking a wide array of activities aimed at championing the city’s public spaces.

2022 VANCOUVER MUNCIPAL ELECTION – The VPSN is hosting another edition of Last Candidate on Saturday, October 1. We’re also conducting a Park Board Candidate Survey.

The VPSN works to celebrate and enhance the role of public space in Vancouver through the following:

2. ADVOCACY – Serving as a trusted, independent voice for public space in Vancouver. Championing good public space in a timely, relevant and insightful manner – and with a view to promoting the public good.

4. COMMUNICATIONS - Keeping public space in the public consciousness through inspiring communications which showcase our work, spur dialogue and support the work of our allies.

Our work looks at different types of public space, as well as the roles, issues and opportunities that shape these spaces. We have Working Groups or Project Teams involved in each of the following areas:

STREETS & TRANSPORTATION looks at the role of ‘streets as places’, and explores the public space aspects of how residents and visitors move through the city.

CIVIC BUILDINGS celebrates the role of the city’s libraries, community centres, neighbourhood houses and other buildings that act as public spaces.

ARTS & CULTURE gets creative with the sorts of interventions that add whimsy and colour to the public realm – whether through street art, official commissions, or other forms of creative expression.

DEMOCRATIC SPACES looks at the democratic function of public spaces – as places for protest, celebration and other forms of public expression.

LOCAL ECONOMY attends to the economic dimensions of urban spaces, as well as the implications that come from the increasing corporatization & privatization of the public realm.

SOCIAL USE, HEALTH & SAFETY focuses on the importance of ensuring socially inclusive spaces that support health and well-being, while also providing safe spaces for all residents and visitors.

In addition to these groups, the VPSN also tackles a number of other matters on an on-going basis, including the the regulatory aspect of spaces, approaches to urban design and planning, and environmental sustainability. 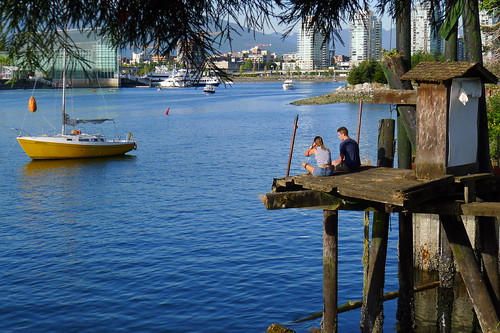