About Us: Board and Team 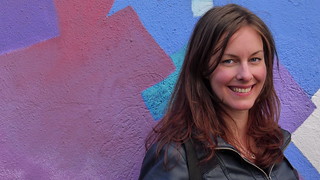 Paola Qualizza (chair; local economy) started exploring the interplay of urban geography and local economics while studying at SFU, and has always been interested in the ‘playful edge’ where economic activity meets public space. Paola has been Chair of the VPSN since 2014, and also leads the Network’s local economy portfolio. In addition to her work with the VPSN, she is a co-founder at Groundswell Alternative Business School. 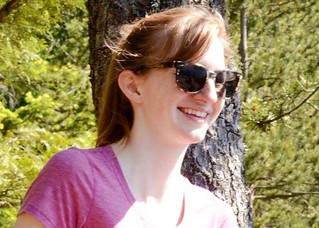 Selina Bull (vice-chair; social-wellbeing, health and safety) has a keen interest in social planning and urban issues, and how these interact with and animate public space. She holds a Master’s degree in Regional and Urban Planning Studies from the London School of Economics and Political Science, where she occasionally snuck into Hyde Park at night, and researched and wrote about the right to the city, deconstructing the political, social sustainability, and health narratives about gentrification in Vancouver’s downtown east side. Selina also works as a strategic communications and public/stakeholder engagement professional for policy, planning and infrastructure projects. 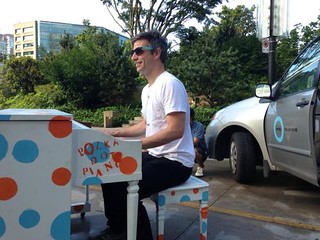 Stewart Burgess (secretary-treasurer; democratic spaces)  specializes in specific transformations of public spaces. He has been a part of the VPSN’s Park(ing) Day activities, the Skytrain Halloween Party, and various Robson Square activations such as the Polka Dot Piano (in collaboration with CityStudio’s Keys to the Street). He joined the VPSN Board of Directors in 2013. 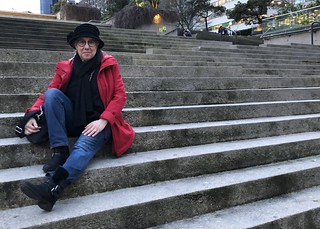 Arlene Gillman is the Principal of Intersect Design and Consulting. She received her MLA from North Carolina State University in 2018. Her initial involvement with the VPSN included work on the Civic Buildings and Health & Wellness portfolios. Arlene firmly believes that public space and public life play an essential role in democratic societies and lists among her influences, William Whyte, Jane Jacobs and Kevin Lynch. Other significant affiliations include the British Columbia Society of Landscape Architects where she serves on the Intern and Associate sub-committee. She is thrilled to be living in the beautiful city of Vancouver, and can be found exploring its nooks and crannies whenever she has the time. 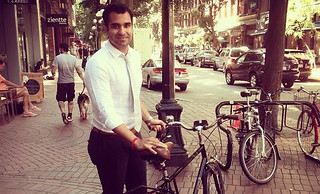 Sam Khany (special projects) is an urban planner and an urban designer, with passion for the interplay between social and physical systems in urban environments. He has experience working in Canada and internationally in public, private and non-profit sectors. He is an avid urban sketcher with a love for vibrant and integrative public spaces. In addition to his work with the VPSN, Sam is also a board member with the Urbanarium Society. 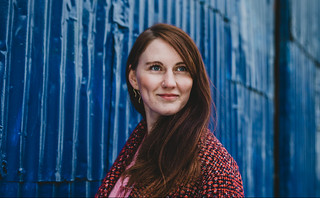 Alyssa Martens is a Brazilian-Canadian writer, educator, and creative place-maker dedicated to using the tools of community-engaged arts as catalysts for social change and climate action. From K-12 students to senior citizens, she enjoys equipping groups of all ages to develop personal voice, write with confidence, and share their stories, opinions, and ideas for public audiences–on stage, on the page, and in public spaces. She also holds an MEd in Education for Sustainability from UBC, where she was trained in strategic design for social impact. In her spare time, you will mostly find her outdoors–on a mountain top, biking the seawall, rock climbing, or strolling around the city. 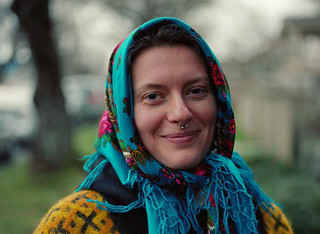 Sam Reeve  is a queer artist, writer and all-around troublemaker. She’s passionate about the reclamation of public space and dismantling car-culture. She’s the Executive Director of the Car Free Vancouver Society, where she organizes the Car Free Day festivals and parklets, and advocates for accessible transit and pedestrian infrastructure. She’s the Music Curator of the Vancouver Wooden Boat Festival and a grant writer for a variety of BC-based arts and culture organizations. Sam also serves as President of the Vancouver Mycological Society. Say hello if you see her poking around in the woods or at an event! 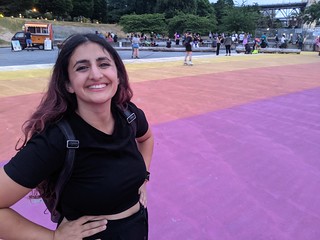 Mash Salehomoum – (she/her) stumbled into her love of public spaces through her interest in nature. After graduating, she started working in regional parks, where the access and programming gaps quickly became apparent to her. As a child of immigrants, she knows how integral a sense of community is for everyone in order to feel happy and secure. As the first point of engagement for so many people, well-designed public spaces can play a key role in fostering this sense of community. Mash is a big believer in inviting people in and supporting opportunities for cross-cultural connections through food, art, music, and play. Mash is a project manager at Park People and sits on the Community Advisory Board at Gordon Neighbourhood House. She loves bringing a little whimsy to her public spaces. Remember, always stop and read the community board!

Lauren Wright – has been interested in design, ever since she learned how to sponge paint from Debbie Travis’s Painted House. She’s also always had a curiosity for understanding how things work, and holds a bachelor’s degree in biology from UBC, and a diploma in Applied Planning from Langara College (where she focused on streetscape design). Current areas of interest include the connection between natural environments, health and well-being, as well as the role public spaces play in facilitating human connection. In her spare time Lauren sings with local choir ensembles, enjoys bouldering, and loves bridging gaps between disciplines.

Interested in joining the VPSN Board of Directors? Drop us an email and let’s chat! info [at] vancouverpublicspace.ca

Andrew Pask (executive director) founded in the VPSN in 2006. Trained as both an anthropologist and city planner, in the Netherlands and Canada, Andrew has worked with municipalities and non-profit organizations across the country. A member of the Placemaking Leadership Council, Placemaking Canada, Andrew has served on advisory boards for the UBC School of Architecture and Landscape Architecture, and the Toronto Public Space Initiative. He presents widely on public space issues and has been a regular lecturer at SFU and UBC. Andrew has been featured in the Globe and Mail for his innovative work on public space planning and advocacy. Since 2005 he has also worked as a social planner and neighbourhood planner for the City of Vancouver. 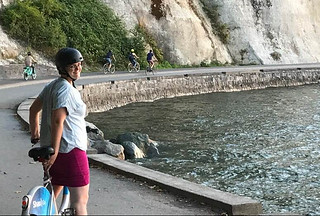 Sara Jellicoe is a former board member and currently serves as the VPSN’s designated representative on the City of Vancouver’s Civic Asset Naming Committee.