A quick run-down of public space-related items in the upcoming City Council and Park Board meetings for the week of November 14, 2022 – along with some VPSN commentary on key items. You can find the full meeting agendas, along with any relevant reports here: City Council | Park Board

This is the first official (post-inauguration) meeting of the new Park Board.

VPSN Comment – For those interested in showing support for the keeping Stanley Park Temporary Bike Lane, community members behind the Love the Lane initiative are suggesting that letters be sent to the new Commissioners. See their website for more information.

A recommendation that the City pursue funding for related to (1) Flood mitigation around Still Creek, (2) Active transportation improvements as part of the Granville Bridge Connector, and (3) E-bike connections 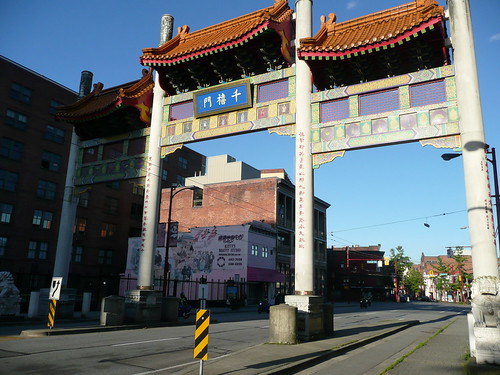 As drafted, this motion directs City staff to prepare a draft action plan to “uplift Chinatown” by January 2023. The plan would include “recommendations for enhanced support from Streets & Engineering including robust street, alley, and sidewalk cleaning, litter and needle pick-up, new graffiti removal strategies, place-making, new murals or local artwork, as well as outreach opportunities that include local community groups in graffiti clean-ups, safe walks, and seniors support.” The motion also sets out a request for funding and bylaw changes, as well as “a satellite City office in Chinatown… to provide Mayor and Council with the ability to work from the space and meet with community members as desired.”

VPSN Comment – We support efforts to improve streets and public spaces in the area, as well as the idea of improved outreach and a satellite office. We note that there are many other neighbourhoods in Vancouver that are home to other equity-denied communities with their own rich cultural histories. With a Chinatown Transformation initiative already underway in Chinatown, this motion invites the question: how can the City ensure an equitable approach to other cultural neighbourhoods?

City Council adopted the City’s first Accessibility Strategy in July of this year, with a goal to have phase 1 in place by fall 2022. This motion directs City staff “to report back with an update on the City’s Accessibility Strategy by the end of Q1 of 2023, including information on accessibility audits completed to date and an action plan with associated costs to complete accessibility audits of all remaining City facilities and assets.” It also asks staff to include “any and all information that would be relevant to achieving the goal to make Vancouver the most accessible city in the world.”

This motion seeks to “empower the Mayor to write to the Vancouver Police Board (VPB) and the Board of Vancouver Coastal Health (VCH)” … to advise them that funding will made available for hiring 100 new police officers and 100 mental health nurses. The motion further allocates “an initial block of funding” in the amount of $4.5 million for the hiring of new police officers, and $1.5 million for VCH to hire new nurses “on or after January 1, 2023.”

VPSN Comment – We acknowledge the significant challenges that the City is facing in terms of social disorder, and perceptions of safety. Within the context of the pandemic, heightened housing and income insecurity, a poisoned drug supply, and increasing challenges around mental health and well-being, additional supports and action are desperately needed. To this end, we support the hiring of more mental health nurses as part of the solution. However, the prospect of City directly contributing funds to an Provincial service sets a notable and potentially concerning precedent.

We do not support the hiring of more police officers. With about a fifth of the City’s budget already going to policing (one of the highest proportions of any large Canadian city) we do not feel that further increases to the police budget are the best way to deal with the significant and complex challenges outlined above. We feel these funds could better used to invest in alternative, more trauma-informed approaches to dealing with concerns around community well-being.

Finally, we are unclear about the mathematics of the funding set out in the motion – as neither the $4.5m for 100 police OR the $1.5m for 100 mental nurses will cover the costs of these positions. It would be helpful if the motion outlined whether the City would expect to be providing further funding (after the “initial block”), or if the expectation is that the Province would also contribute funding. If the latter – have there been any discussions on this?

In November 2020, City council approved the Climate Emergency Action Plan, and several actions contained therein focused on reducing transportation related emissions. One part of this work included Council direction “to assess the feasibility of transport pricing” for the city core. This work involved studying the feasibility of imposing “a fee for vehicles to drive into, and through Vancouver’s city centre.” The present motion seeks to suspend all work related to transportation pricing because of concerns around public support.

VPSN Comment – Given the fact that staff were directed to undertake study of this work in 2020, we feel it would be prudent to receive and review the results of this work first, before making any decisions. The climate response needs to be tackled with the benefit of evidence, which this work was aimed at identifying. Given that transport pricing has been used effectively in a number of cities around the world (including London, Stockholm, Milan and elsewhere), a bit more time to review the materials seems more than appropriate.

No public space related items yet noted; however, requests to speak to any motions on Tuesday, November 11, 2022 may be referred to the Wednesday meeting.