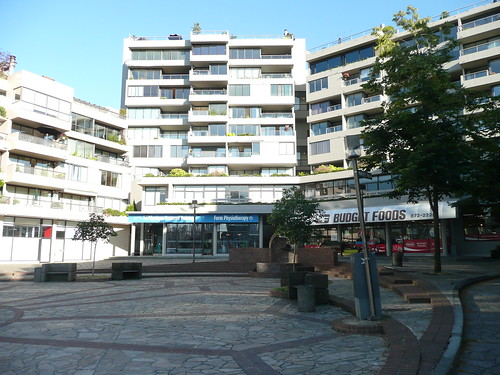 Description: A well-proportioned, hard-surfaced neighbourhood plaza surrounded by low + mid-rise residential, and ground-level retail/service. The site faces toward Yaletown, offering a scenic view of False Creek and the downtown peninsula. Despite its design, the plaza is generally under-utilized owing to a combination of inter-related factors: there are few amenities and limited seating, and ground-floor commercial uses tend not to activate the space in any substantive fashion. As a result, the sizeable number of Seawall pedestrians tends to walk past without entering or engaging with the space.