Happy birthday Vancouver! Our city was first incorporated on this day in 1886.

Of course, as a settlement and gathering place, the spot we now call Vancouver has been around for much longer – Aboriginal cultures have inhabited these lands since “time out of mind,” and European settlers had lived here for in a variety of settlements for roughly a century prior to the Village of Granville’s petition for city-hood.

But this was the day that the Provincial Legislature responded to that petition by reading the Incorporation Bill for the third time. Lieutenant-Govenor, Clement Frances Cornwall assented, and the City came into being. This, in turn, set in motion the Vancouver’s first election – which was held on May 3, 1886.

For the past few years, we’ve promoted the idea of marking today’s date as “Vancouver Day.” In honour of this year’s “event”, we’re sharing a few of our favourite archival photos of Vancouver back in ’86. (The one at the top of the article is of Water Street, looking east).

History buffs will already know that a scant two months after the city was incorporated, it was largely decimated by the Great Fire. So these photos are rare – a few of the limited number that were taken of the original city, around the time of it’s original incorporation.

On this note, another of our archival discoveries from the past year. Vancouverites, in the first fifty-odd years of the city’s existence, used to celebrate “Fire Day” on June 13 as a way to forge civic pride while honouring the date of the big burn. For a while, this was also known as “Vancouver Day.” We’ll be publishing a story on this subject in a couple months time.

So there you have it. Another reason for party-goers to celebrate: the possibility of two civic events to honour our city and its history!

Here’s a great photo taken at the foot of Granville Street: 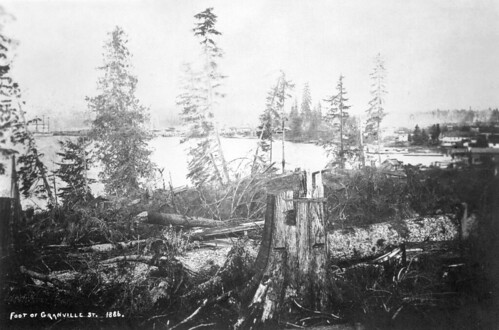 And a couple of pictures of the nascent city from the waterfront: 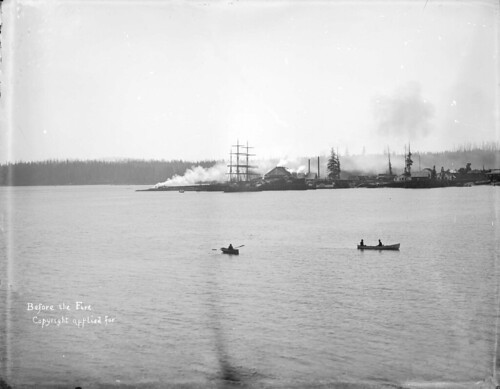 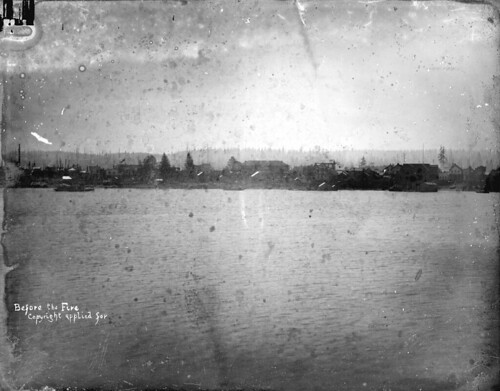 Lastly, a rather prescient image: of a W. Hornes’s real estate “office”, advertising “Vancouver Lots for Sale.” Real estate speculation has clearly been in the city’s DNA from Day 1. 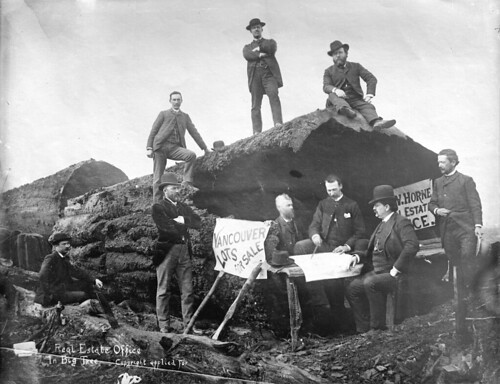