The dome rezoned: 601 West Hastings plaza to be redeveloped

City Council has approved the rezoning of 601 West Hastings, along with the redesign of one of the city’s most distinctive public spaces.

The “dome” on the North West corner of Seymour and Hastings was built in the mid-1980s, as part of the adjacent Princess Building. While never seeing huge levels of use, it’s also remained one of the few covered public spaces in the City. There’s been little attempt to actively program the plaza; instead, it’s tended to act as an informal gathering space for students at the adjacent SFU campus, smokers, and folks on their lunch break.

The design of the space might be a factor. Despite the glass-domed component, framing and structural components seem inexplicably bulky – making it seem more closed off that you might expect, given its prominent location. This, in turn, has led some people to suggest that it feels less safe than ideal.

All that being said, we’ve scheduled several informal events their over the years – including our 2008 Pirate Party, and several Halloween events. We’ve always felt that a bit of attention to programming would go a long way in this space. Given our wintertime rains, this seems like an obvious place for more and varied types of activation. 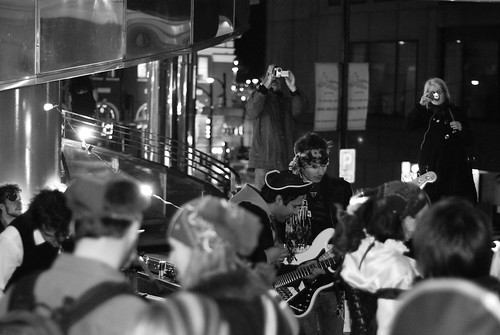 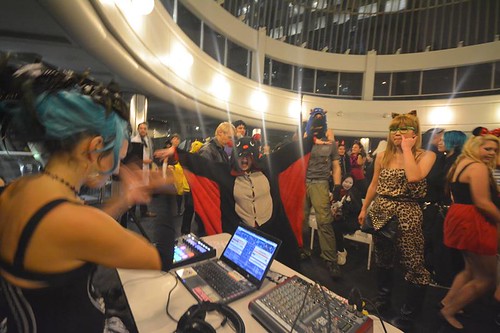 Bigger picture, the VPSN’s perspective is this: that the underutilization of a public open space – notably one secured as a public amenity through a previous development process – should not be grounds for the redevelopment of the site. Rather, it speaks to the need to redesign and/or program the open space so it can achieve its full potential. It also speaks to the need to design better plaza and open spaces in the first place.

Further, we are concerned that the ‘underutilization’ argument has the potential to be advanced as a rationale for the redevelopment of any number of other spaces in the downtown and elsewhere… particularly as land-values continue to climb.

With this in mind, we have particularly mixed feelings about the current proposal, which would see the plaza shrunk from approximately 700m2 to 400m2, allowing a new 25-storey office tower to be inserted into the block. It is a loss of open space – though one that ostensibly has the potential to improve the site. The renderings aren’t entirely encouraging in this regard – showing a new space that ‘reads’ very much like an office forecourt rather than a public plaza. We’ve said as much publicaly, and it seems that others agree with us. 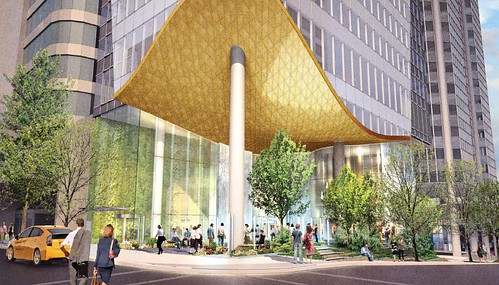 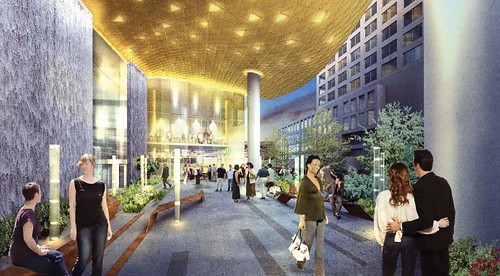 To their credit, City Council has required a number of conditions of the developer that, if executed well, could make this work. These include:

Of course, our preference would be that improvements to the quality of the plaza site do not come at the expense of a reduction in the quantity of open space. On that note, this appears to be a ‘step back’ for downtown public space.

While the actual redevelopment of the site does not appear to be immediately forthcoming, it will be important to watch the actual build-out as it unfolds – to ensure that the end-result genuinely is a better public plaza, and not just an open space that is traversed solely for the purposes of getting in and out of the new office building.

Of course, we’ll also have to see how the landlords of the new building respond to our next SkyTrain after-party. Hopefully they do so by donning their Halloween costumes and joining the fray.