Supporting regional transportation funding through Get On Board BC

Transportation is a profoundly regional issue. Our collective quality of life as residents of Vancouver is affected by the relationship it has with the surrounding areas throughout the entire metro region. How people travel into Vancouver from neighbouring municipalities shapes not only the daily reality for those of us who live, play and work here, but also the character of what we do while we are here.

It is also a reciprocal relationship; we are all enriched when different parts of the region nurture and develop neighbourhoods and places that are expressive, cherished, enjoyable to be in and meet a range of daily needs and desires of local residents. It gives us a chance to engage with our natural and built history, as well as giving us a sense of the diversity of experience and backgrounds of Metro Vancouver residents. As advocates for public space, we support public transportation for its role in enabling people from across the region to get where they want to effectively, affordably and comfortably. Public transportation is a key pillar in a multi-modal strategy to give people choice in how they get around. 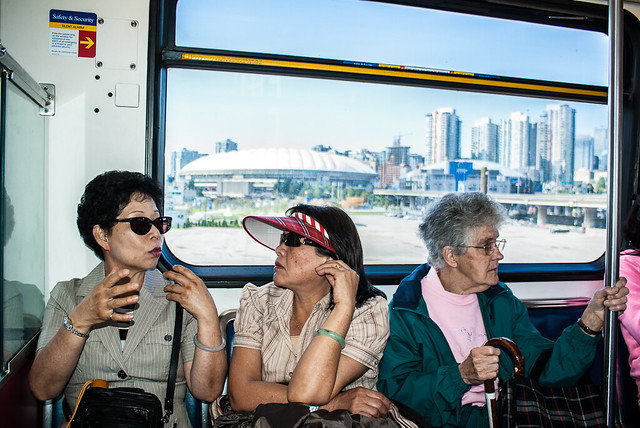 At the same time, it’s important to acknowledge that a number of people rely on public transit as their primary means of accessing services, seeing loved ones, or obtaining the necessities of life. In this regard, supporting public transit is not just about more bus service or trains; it’s about ensuring we are building an inclusive society with systems, places and services that cater to and welcome everyone — regardless of their age, ability, status or other barrier. 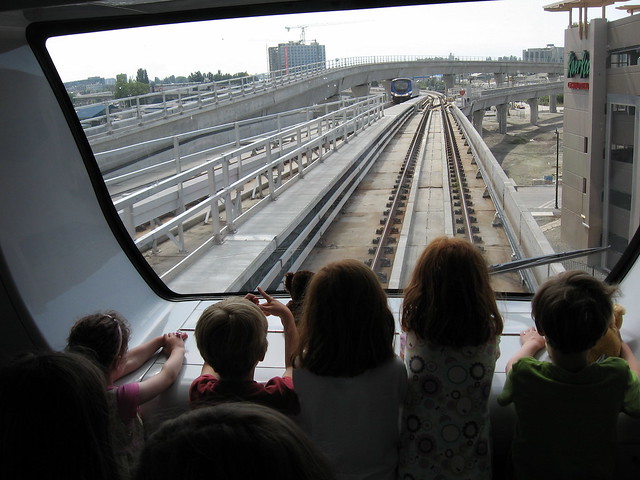 For these reasons, since late 2012, the Vancouver Public Space Network has endorsed and participated in the activities of Get on Board BC — a diverse coalition to support consistent funding for regional public transportation service and infrastructure. This past Thursday, June 5, Get on Board BC convened its first annual general meeting, and its member organizations collectively passed its bylaws and elected its first Board of Directors.

Get on Board BC is also in this for the long haul. While the referendum has been the major issue of concern for most public transit supporters, Get on Board BC aims to work with provincial and federal governments to ensure the funding for the public transit infrastructure we want and need for thriving communities and regions, is and will continue to be there.

The newly convened Board of Directors for Get on Board BC at the conclusion of the first Annual General Meeting. From left to right: Bob Ages, Zak Bennett, Eoin Madden, Bahareh Jokar, Gudrun Langolf, Kelly Wainwright. Not pictured: Ian Bruce.

We look forward to working with the new Board of Directors at Get on Board BC as one of its member organizations; and continuing to support Get on Board BC in their actions to spur on much-needed conversations — about the kind of region we collectively want to live in, and the ways in which public transit makes that a reality.

TransLink has an Online Survey, as part of its future upgrade work on Commercial-Broadway SkyTrain station — the busiest station in the entire transit system.

After holding information sessions, TransLink launched an online survey that is be accepting responses until Monday, June 16. Check out their consultation activities and more information on the proposed upgrades from TransLink’s website.

You can also find more information (including what TransLink has heard from previous rounds of consultation on this project) at their Document Library on the Commercial-Broadway Station Upgrade Project.

Let’s prioritize a safer, more complete Commercial Drive – for everyone!
May 24, 2021